A chorded keyboard with big buttons and on-screen help. You can enter characters by pressing a single key or two keys together, like playing a simple chord on a piano. It is based on the GKOS open keyboard standard, and provides fast single or two handed chordic text entry. No chord charts or memorizing of chords! The final typing speed is only limited by how fast you can tap your fingers on the big keys on the screen.

– Master mode for experienced users and for fun.

– Black text on white background as an option in the standalone app. 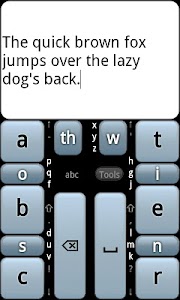 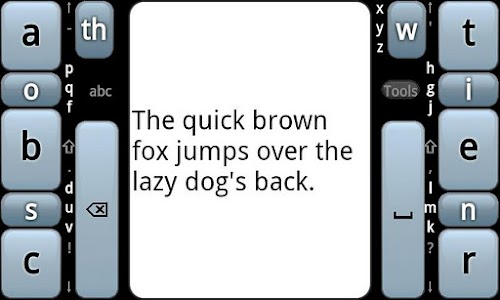 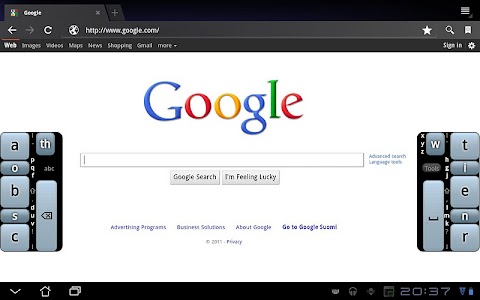